With a floor that stretches over 8 feet long, you’ll have plenty of room to stretch out – no matter what your height.


The Skyscape Trekker is our most versatile 3-season tent. It has two massive side entrances, each with its own 8 sq. ft. vestibule. Both flies can be left open for sweeping 300° views. Or you can open and close the vestibules to find the perfect setup for your comfort and current weather conditions. The hybrid double wall design creates a bug-proof mesh interior and keeps that wet canopy at bay. And with an extra-long floor, you can get in a nice morning stretch or stow your gear.


*To completely repel water, shelters need to have sealer applied to the seams before use.
*Shelters including a seam sealing service may not ship immediately.

NOTES:
1. Weight does not include stakes or pole. 2. Support poles sold separately.

Based on 18 reviews Write a review I bought this tent last year. I was set to thru hike the OR PCT when the wildfires happened. I did take it on a 3-day backpacking trip in the Sierra's and could not be happier! Solid design, durable, comfortable and easy to set up. I am preparing to start the TRT soon and this bad boy is going with me!

While I have only used this tent for one overnight so far, I liked it a lot. I had trouble pitching it well myself the first couple times, but it's like riding a bike once you catch on. Super lightweight, at least for me, as the tent was roughly 3lbs lighter than my previous shelter. Headroom and space is great for a solo hiker of average height (I'm 5'10") So far, I've only had it out two nights, and one did rain. No issues with leakages, but there was some condensation build up on the single wall portion. Honestly, nothing you can do about that, that's the trade off of a single wall or hybrid, but I imagine if I had pitched it with the rainfly out more, it wouldn't have even been noticeable. I hesitate to give this 5 stars, as I've not yet tested it over a long period of time but this will is my shelter for an upcoming AT thru hike. Due to the prompt and helpful support at customer service, I gotta give it 5 stars. Graham responded to my initial email about the rainfly shipping somewhat tacky in about 20 minutes, and when I later discovered a minor stitching error, he offered to ship it back to SMD, and replace it with a factory sealed tent. I couldn't get it shipped out and back because I have a departure date so soon, so he offered to send some seamsil to fix it up if needed. Love the gear, love the service, and appreciate you guys. I look forward to using my tent all summer.

This is probably the best solo UL tent on the market. I recently took this on a quick two-night backcountry trip to Red River Gorge in Kentucky. Though temperatures dipped below 30 degrees at night, the inside of the tent remained dry due to the ample ventilation. Additionally, the Trekker stood up incredibly well to some fairly strong winds and constant rain on the second night (pro tip: pay for the factory seam seal service, it's worth the $30). The tent goes up as rapidly as it breaks down, which is useful in inclement weather. If I had any critiques, I would like at least one more tieback so I can keep both the vestibule and bug net open while loading gear in, and perhaps some better illustrated setup instructions. Apart from these nitpicky items, I'm looking forward to many trips to come with this tent.

I have an older version--I bought my Skyscape Trekker back in 2014. Since then, I've backpacked approximately 3,500 miles with it & I'm STILL using it. I can't count how many people I've probably sold these to after they've checked mine out! The only maintenance I've done: Re-seam sealed a couple times (wasn't leaking, just for maintenance) Washed it a couple times That's it, seriously. I do use a homemade ground cloth to protect the floor & have always used one. My two "complaints" about mine: 1. I wish the bathtub floor was deeper/more pronounced and 2. wish the foot area ceiling was lifted so condensation didn't touch the foot of my sleeping bag. I read the newer versions have improved on this & I'm jealous! I've only had real "tent failure" one time ... up on Hart's Pass, torrential downpouring for days, ended up with a literal stream running through my tent due to extent of rain & low bathtub floor. On the up side, at least the floor was low enough that the water just ran right through & out the other side! :) I can adjust mine alright with pitch, but definitely wish floor was deeper/end was higher. I've always used my trekking pole, though have had to use a stick a couple times due to either not traveling with poles or pitching in such a weird place that I had to MacGyver it. The inside is SO spacious. I've used it as a two-person tent many, many times ... and also as a one person with a HUGE dog. When used as a two person tent, we both can actually even fit our packs inside with us. The condensation? Pitch can help this tremendously, but it doesn't really bother me--I just wipe it off with a bandana or let it air out. I'm Solarproofing & re-seam sealing & plan to take it back out on the PCT in the coming year. Yes, it's an old tent ... but backpacking gear is expensive (and I'm cheap)! :) For reference, I'm a fairly small woman, 5'3", and have no problems carrying it or pitching it. Fits in my pack without a problem or I strap it to the top. My "vintage" version--I'd probably give it a 4 out of 5 just because I wish I had a deeper bathtub & higher foot. However, I'm going to rate it as a 5/5 due to it looking like the company has updated the design--I don't want to decrease the tent's overall rating just because I have an older one. 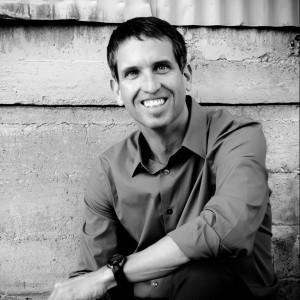 I’ve been a one person tent for a long time, and recently switched to this tent because I’m really grown tired of having to climb in and out of the front of my older one person tent. This might be the most perfect one person tent ever made.